Home » Introduction » Typology of the Commentaries

A typological classification of Babylonian and Assyrian text commentaries can be based on various criteria. The most important of these are the medium on which commentaries were written, their form, the relationship of the commentaries to their base texts, hermeneutical operations found in the commentaries, and designations used by the ancient scribes to label commentaries.

From the perspective of the modern scholar, the most important medium used to write cuneiform commentaries, and the only one on which they are preserved, is the clay tablet (Akkadian ṭuppu). Clay tablets with commentaries have very different sizes and formats. Some are large three-column tablets that include up to 300 fairly long lines. The serialized “Principal Commentary” on the compendium on malformed births, Šumma izbu, contained more than 560 short entries, and indirect evidence suggests the existence of even larger commentary tablets, so called dubgallus, with more than a thousand lines. On the other end of the spectrum are commentaries written on one-column tablets known as giṭṭu or liginnu with much smaller numbers of lines. In other cases, such as NBC 6197 (CCP 3.8.1.C), a commentary tablet deals with only one lemma from its base text. Larger commentary tablets are well attested in seventh century BCE Nineveh, whereas smaller ones are more typical for the Late Babylonian commentary tradition.

Colophons and catalog entries reveal that commentaries were also written on wooden boards covered with a layer of wax. Texts written on such boards could be more easily supplied with additional remarks by the ancient scribes. Their absence from the archaeological record, the result of their perishable nature, is thus particularly regrettable, since it deprives us of what might have been a window into some of the more dynamic aspects of cuneiform hermeneutics.

Colophons from the second century BCE suggest that cuneiform commentaries, as well as other learned texts, were also copied on leather scrolls, called magallatu in Akkadian. No traces of such commentaries are preserved, but their significance in the latest phase of cuneiform civilization may have been greater than hitherto realized.

Relationship to the Base Text

Normally, Babylonian and Assyrian commentaries are separated from their base texts, quoting from them only those words and phrases that were in need of explanation. 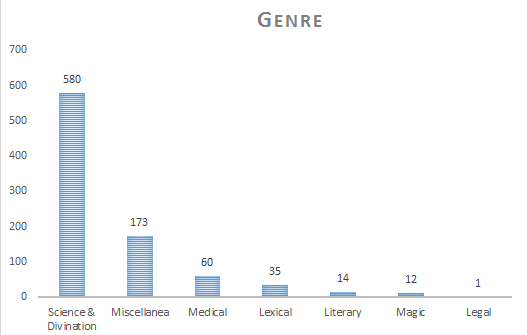 Exceptions to this rule are rare. Most commentary tablets provide notes on one text (or a cohesive group of texts) only, but there are a few that deal with several different texts. An example is the Late Babylonian tablet SpTU 1 84 (CCP 3.2.u7) from Uruk, a commentary on astrological and physiognomic omens, the former ones partly recorded in Emesal.

Individual commentary tablets can deal with a whole text series, a limited number of tablets of such a series, or one tablet only. Those that cover a complete series are limited to offering explanations of only a very select number of lemmata, especially if the series in question is large; they sometimes resemble catalogues. Commentaries that fall into this category include the “Principal Commentary” on Šumma izbu, some commentaries that seem to cover all the tablets of Enūma Anu Enlil, the Enūma eliš commentary K.4657+ (CCP 1.1.A.d), and the commentaries on Ludlul (CCP 1.3) and the “Babylonian Theodicy” (CCP 1.4). Commentaries dealing with limited numbers of tablets of a series are particularly well attested for the astrological compendium Enūma Anu Enlil. Most common are commentaries on one tablet only. Many extispicy and astrology commentaries explain entries from different tablets of the pertinent series without following their sequence within that series, which raises questions regarding their status as text commentaries proper.

Commentaries excerpt from their base texts passages of very different lengths. Some commentaries on divinatory texts quote omens in full before offering explanations, so that scholars would have been able to use them without having the base text at hand. Other commentaries quote only the protasis of an omen entry or just one word from it, and if those who worked with them did not know the base texts by heart, they would have had to consult them simultaneously with the commentaries.

Babylonian and Assyrian commentaries have typically one of three basic forms: a tabular list; a running text with indentations indicating the beginnings and ends of individual entries; or a running text with lemmata and explanations separated by cola. The forms in question are ‘ideal types’ – there are also a number of hybrids.

The tabular form in its simplest and most frequent incarnation resembles the lexical list: the left column contains a quotation from the base text, usually not more than a single word, while the right one offers an explanation for it. Like lexical lists, commentaries of this type are normally called ṣâtu. 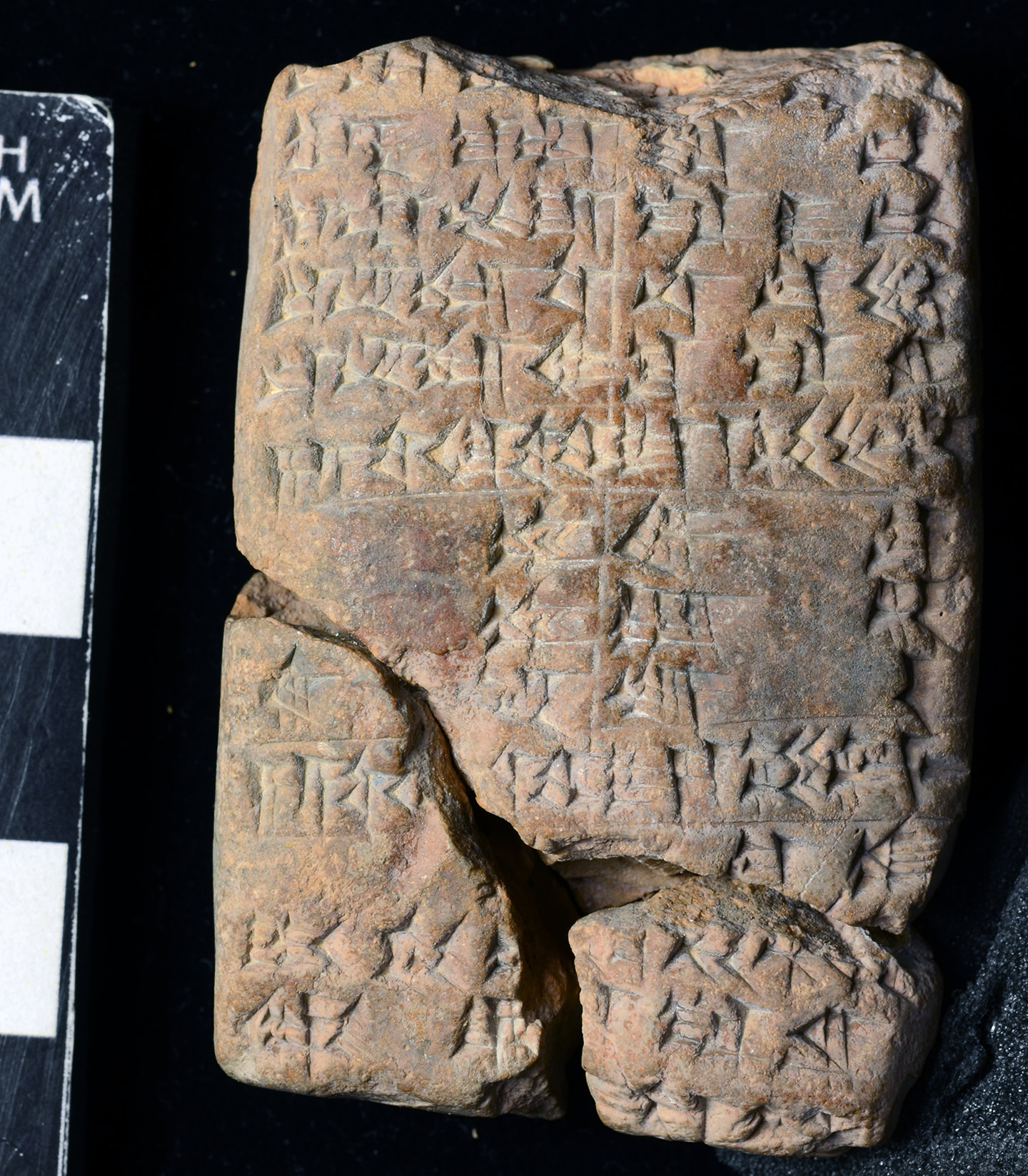 For commentators who wanted to provide longer quotations from the base text and more complex explanations, the tabular list was too restrictive a format. Instead, they would present their exegetical ruminations as a running text, with separate entries indicated by indentation or cola. In the indentation type format, particularly well-attested in Assyria, the commentators would quote a longer passage from the base text (an omen protasis or apodosis, a full omen entry, or a line from an incantation or literary text) and then add to it, starting either in the same line, sometimes after separating cola, or in the following one, a number of explanations. All the lines containing explanations related to the quotation in question would be indented, making it easy for the reader to identify the beginning and the end of an individual commentary entry. In Nineveh, commentaries of this type were normally called mukallimtu. 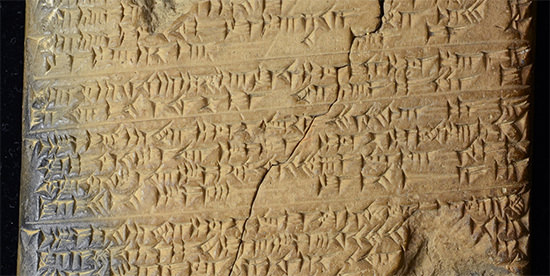 Cola type commentaries, primarily attested from Babylonia, are running texts as well. But unlike their Assyrian counterparts, their entries are normally not marked by indentation, making it more difficult for the reader to find out where an explanation ends and a new quotation from the base text begins. The Babylonian commentaries make extensive use of separating cola, which not only divide quotations from explanations, but also structure the individual elements of the explanations themselves. Exegetical treatises of the “cola type” are normally called ṣâtu in Babylonia. 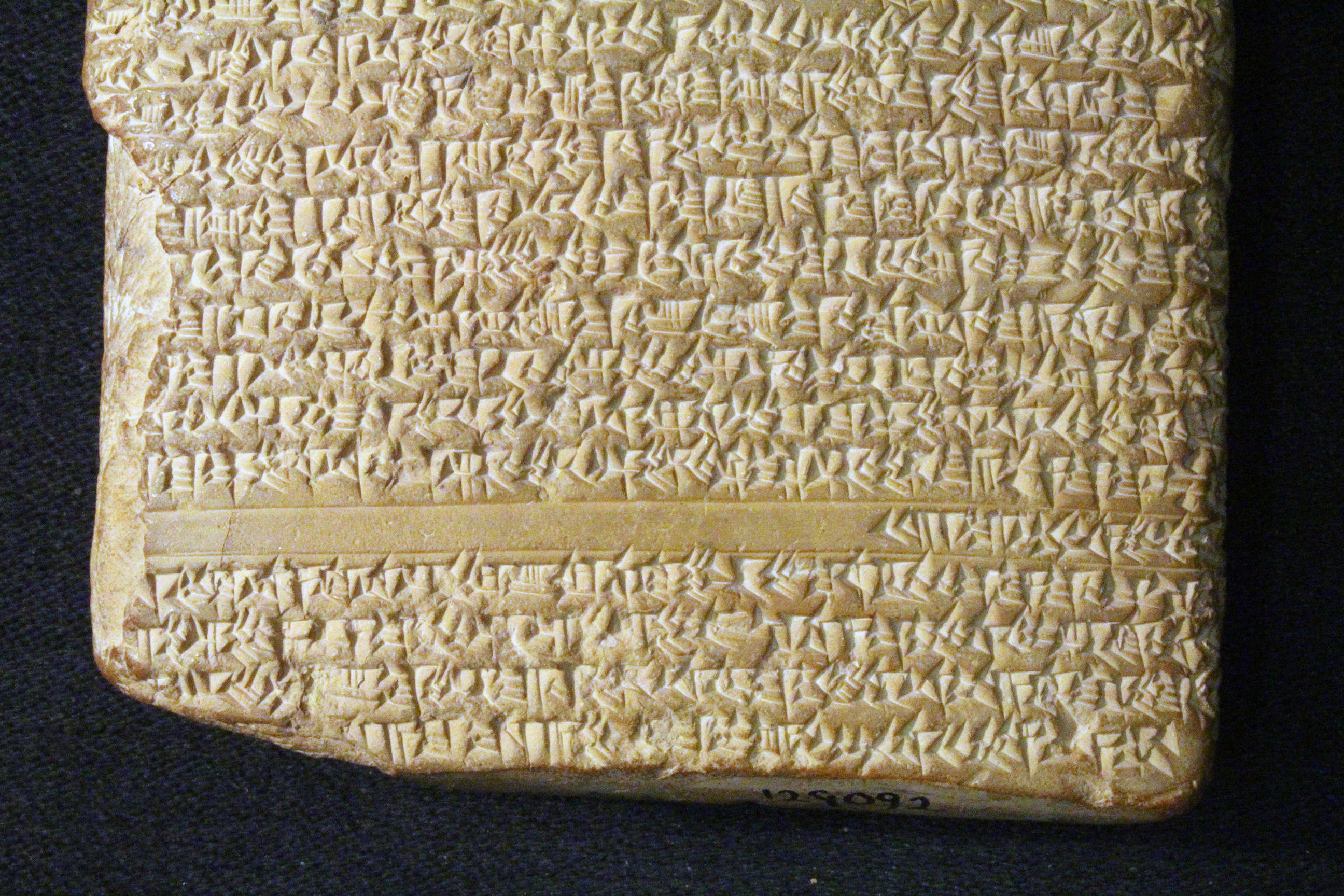 On a very fundamental level, we can distinguish within the Mesopotamian commentary corpus between two types of explanations, literal and non-literal ones. The distinction is well known from later traditions of interpretation. Literal explanations, called by the Babylonian and Assyrian scholars kayyān “regular,” are often based on finding synonyms for a given lemma, whereas non-literal ones are based on etymological and etymographical speculation or certain forms of symbolic association. Some commentaries, for example the Nineveh commentary on the wisdom text Ludlul bēl nēmeqi (CCP 1.3), provide only literal explanations, while others have a strong preference for non-literal musings. In many cases, however, both forms of interpretation can be found in one and the same commentary. 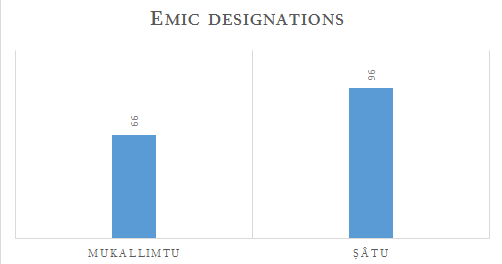 Subscripts of Mesopotamian commentary tablets provide a number of labels for these texts. The most important and widely attested terms are mukallimtu and ṣâtu, both of which usually occur with various additional expressions.

The term mukallimtu, literally “the one that shows/demonstrates,” points explicitly to the explanatory function of the commentary it designates. The scribes who wrote the tablets housed in Assurbanipal’s libraries in Nineveh often used the term to label commentaries that mark individual entries through indentation, a format that characterizes many of the libraries’ astrology and extispicy commentaries. But tabular commentaries in Babylonian script were occasionally called mukallimtu in Nineveh as well. The term apparently went out of use in the Late Babylonian period, when all commentaries were labeled as ṣâtu.1

Ṣâtu is one of the most complex and difficult terms used in Mesopotamian scholarship. Derived from the verb (w)aṣû “to go out” and therefore often translated as “excerpts,” the word seems originally to have designated lexical lists. Only later was it applied to commentaries, either in reference to the many quotations from lexical lists provided by the commentators or with respect to the lemmata excerpted from the base text.

Ṣâtu and mukallimtu are often paired in commentary subscripts with the term šūt pî, lit. “those of the mouth.” It seems that šūt pî refers to explanations that were based on knowledge not enshrined in the (mostly lexical) texts that had become “canonical” by the end of the second millennium. Despite its (originally) oral character,2 this knowledge was likewise considered reliable – scholars assumed that it went back to authoritative master scholars of the past. This is indicated by the fact that many commentary subscripts include the expression ša pî ummâni “according to the authority of an ummânu-scholar” after šūt pî. Occasionally, ša pî ummâni is preceded by the term mašʾaltu, which may refer, at least originally, to an exam, literally, a “questioning,” of a student by that very scholar. The various combinations in which ṣâtuand mukallimtu are attested with other terms in commentary subscripts are listed and labeled (ṣâtu 4a, etc.) in E. Frahm, 2011E. Frahm, Babylonian and Assyrian Text Commentaries. Origins of Interpretation. Ugarit-Verlag, 2011.: 42-55.

A serialized “commentary” on extispicy, attached to the bārûtu series as its tenth chapter, was called multābiltu by the Mesopotamian scribes. Derived from (w)abālu Št (“to carry back and forth, ponder, discuss”), the term multābiltu can be translated as “interpretation” or “analysis.”