This page contains information about the numeration system adopted by the Cuneiform Commentaries Project.

o    This follows in general the system of GMTR 5. However, in order to avoid cumbersome numbers, an attempt has been made to keep the figures short. This has caused some deviations from the system in GMTR, most noticeably:

§  Astrological omens have been divided into 3 categories: 3.1 = Enūma Anu Enlil, 3.2 = Sîn ina tāmartīšu, and 3.3 = Varia. This solution, albeit inconsequential with the rest of the texts, solves smoothly the difficulty of classifying the large astrological corpus (ca. 37,7% of the total). 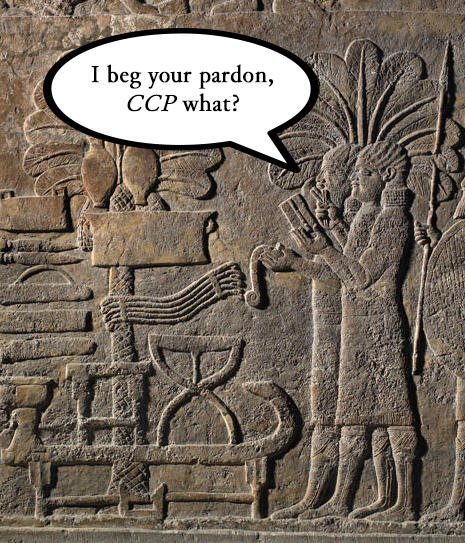 o    In the cases in which the second number refers to a multi-tablet text (e.g. 3.1 = Enūma Anu Enlil), the third number refers usually to the tablet number commented upon in the commentary. There are two main problems with this approach: (1) the existence of blank ranges of numbers when no commentary to particular tablets exist, e.g. Enūma Anu Enlil 18-19; and (2) the uncertainty regarding the specific tablet of Enūma Anu Enlil commented upon in the astrological commentaries. It has been adopted nonetheless since it appears to be the simplest solution.

o    A special system has been adopted only for the third number in order to tackle the problem of the many commentaries still unidentified (26,7% of the total), and of the tablets formerly identified as commentaries, but no longer believed to be such (3,15%).

§  A small u before the number represents an “unidentified” or “uncertain” commentary.

§  A small n before the number marks a text which is “not a commentary.”

- If there are several different commentaries to the same text, each type is given a capital letter: e.g. 1.1.A and 1.1.B (Enūma eliš)

o    In the cases in which only one commentary type is attested, which is preserved in several duplicates, an “A” has been given to this single type. This is intended for the computer to recognize the manuscripts as duplicates of the same texts.

- The last character is a small letter. It is only used for those commentaries represented in more than one manuscript, and it refers to each of the individual text exemplars. E.g. 3.6.1.A.a, 3.6.1.A.b, etc. (“Principal commentary” to Šumma Izbu).

o    In those cases where a standard edition with standard manuscript sigla exists, this has been adopted. If there is no such edition, each manuscript has been given a letter (a, b, c, etc.) according to its museum number.

o    If a given manuscript is the only one known for a commentary, it has been given no small letter. Should new duplicates appear in the future, they will be given small letters beginning with “b.”